5 reasons to visit Södermalm in Stockholm

5 reasons to visit Södermalm in Stockholm 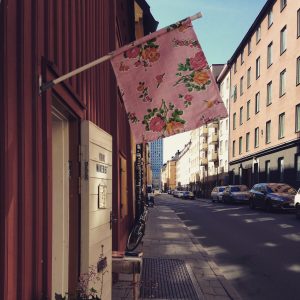 Do you know when a city surprises you positively? That was what happened when I arrived in Stockholm in the summer of the year 2015. I was lucky to stay in Södermalm, chosen by Vogue magazine as the third “coolest” neighborhood in the world..

And it was enough to walk a little through the streets of Södermalm to start perceiving that. There were several cafes, shops and squares that were surprisingly interesting. Not to mention people, architecture, and design … In the end, we are talking about Sweden and Scandinavian design. And the design is for Sweden, just as the samba is for Brazil. 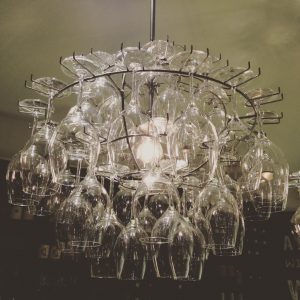 It has been a few days, but enough to feel and observe a little how you could live in Södermalm. We are not going to talk here about the issue of “hipsterization” of neighborhoods and its consequences. This is topic for another post. Today I’m just going to write a brief summary of what the most caught my attention on this beautiful island of Stockholm.

Everything here is to blow your mind: the location, the architecture, the exhibits and the view! Opened in 2010, the Fotografiska , museum of photography and art, is housed in an art nouveau building from 1906, on the seafront. I saw two exhibitions: “On this Earth to Shadow Falls through Ravaged Land” by Nick Brandt; and “Pretty Much Everything 2015” by Inez & Vinoodh. And after seeing so many super cool photos, reaching the restaurant on the top floor was like winning an award. With floor-to-ceiling windows, you have a stunning view. It’s worth taking a drink and filling your eyes with the scenery. 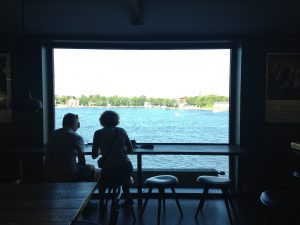 Of course, Södermalm has several amazing coffees, but the Coffice immediately won over me when I read this sentence in the post: “Died in your arms.” I loved it. A cafe + coworking with several spaces and people of different ages. The decor with aged copper objects gives a modern vintage touch: lamps in the shape of mushrooms, palm trees, branches rising up the white tile and even a flower-shaped tap. Of course, the kanelbulle was delicious. It was our daily bread. 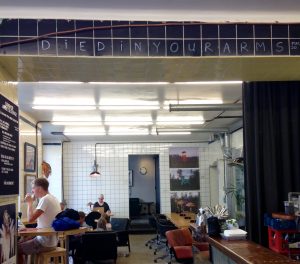 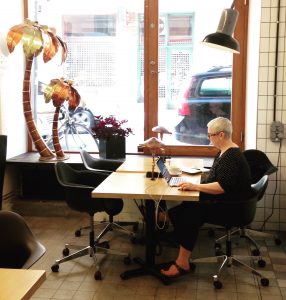 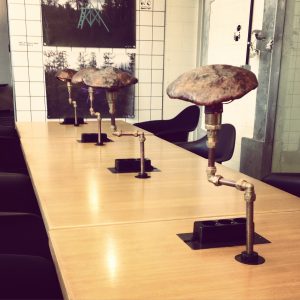 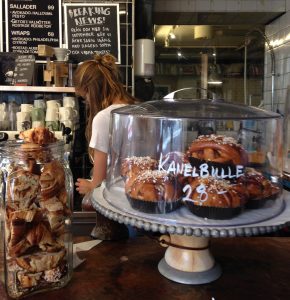 Here, more than in Södermalm, you are in Sofo. Yes, SoFo is a joke with SoHo, from New York. A mini-neighborhood in the middle of the Södermalm neighborhood, where the hipster atmosphere is more visible. The main point is Nytorget, a place for sitting and watching. It can be on the grass or in the cafes around the square. Among them, the Urban Deli deserves a highlight, a mix of coffee, restaurant, supermarket and bakery. There you can both make a meal and have a glass of wine, as well as buy fresh fish and organic vegetables. It’s excellent for recovering energy and then continuing the walk. 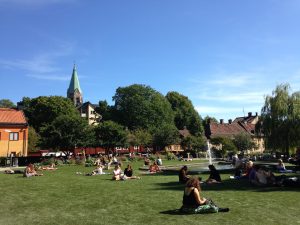 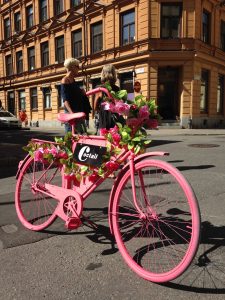 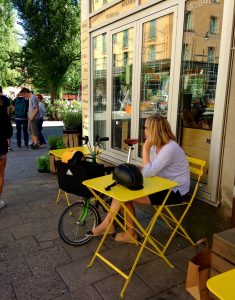 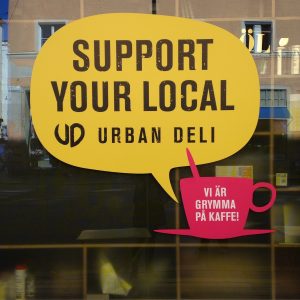 In Södermalm you can find good used clothing stores, such as the Lisa Larson Second Hand, which has vintage clothing for men and women, from the 1930s to the 1970s. But you will also find stores like the Grandpa. Clothes from different Scandinavian and international brands, as well as rigorously selected decorative objects. The only thing I did not like very much was the price … I have not bought anything at all. :( 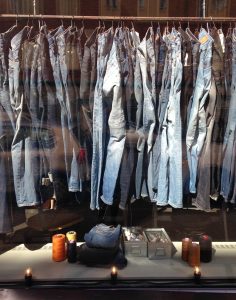 5- Most of the population is single

I heard that information while I was doing the boat ride: about 65% of the population living in Södermalm, or something close to that number, is single. And so it seems. I’ve been able to see groups of people, even older people (so to speak), with friends, enjoying life. One day, for example, I found a beautiful and fun scene in the late afternoon: several people dancing different choreographies in a square. One of the choreographies was with the music: “We only live once” by Shannon Woll. And I stayed there, watching and reflecting … Young or old, single or married, it doesn’t matter. What matters is that they were having fun. In the end, you only live once. ;)

… Well, I finish here, with the image of this statue that is next to the Slussen metro station, at the entrance to Södermalm. More or less like me right now: saying goodbye to vacation / work and going into master / work mode. Tack (thanks), Stockholm! 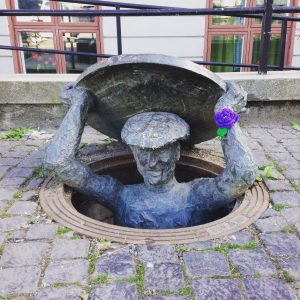